I try to resist getting into Christmas too early because otherwise, by the time the old

man in the red suit drops off a few packages at our house, I’m ready to rip all the decorations down and end up being more Scrooge and less Jolly than I’d like to be.

But once the bird has been carved and the family’s sitting down to Thanksgiving Dinner, the tradition was that the needle would be dropped on Nat King Cole’s Christmas record and we’d say what we were thankful for.

So when I encountered my first holiday season with Bill in Pittsburgh, I was surprised to learn that the whole city gets into the spirit before the bird is even thawed!  Each year, Pittsburgh hosts the opening of the holiday season with Light Up Night, a grand celebration including multiple stages and performances, parades and tree lightings across the city, and a magnificent fireworks display fired first from Point State Park, and then an even bigger show about a half hour later from the Andy Warhol Bridge.  It is typically held the weekend before Thanksgiving and draws a HUGE crowd.

They have a big pretty tree at the center of a skating rink at PPG Place (above) and this year they’ve even added a ‘European style’ market in Market Square.

And like I mentioned before, there are tree lightings all over the city, including these above.

But the real draw, and I’ll be honest the one thing that allowed me to ignore my instinct to resist Christmas too soon, was the AWESOME fireworks display.  When it comes to fireworks, Pittsburgh does not disappoint! 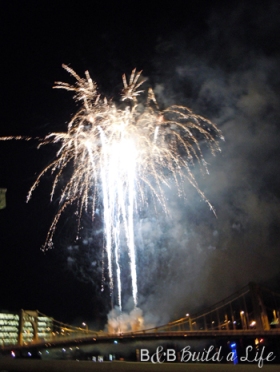 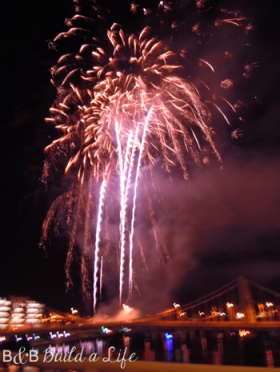 One particularly notable tradition of the fireworks is the ‘waterfall’ effect, where they have cascades of sparks falling from the bridge into the river below.  It is intensely bright!  I’m talking don’t-stare-at-the-sun kinda bright!  But it did make for great lighting for a quick self portrait.  🙂 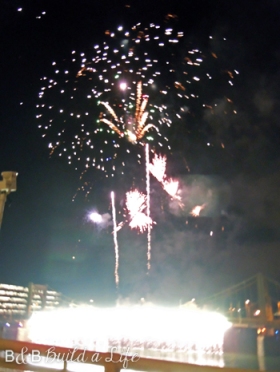 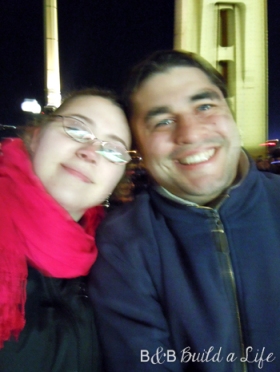 So now that I have been blown away by the spectacular fireworks, AND we’ve dropped the pin on Christmas music with my family, I can FIIINNNALLY get fully into the Christmas spirit! 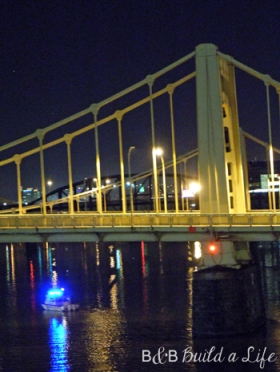 Hope you all had a wonderful Thanksgiving, and be SAFE and KIND out there on this crazy Black Friday!